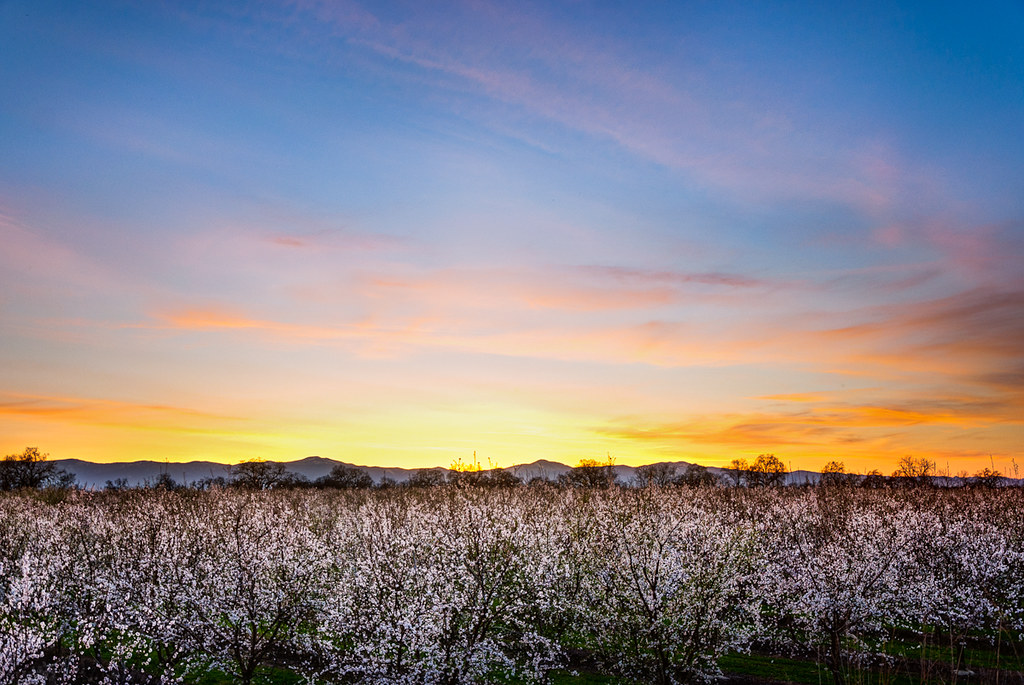 Posted at 12:14h in Enews by devadmin 0 Comments

The same hot and dry conditions plaguing many Australian commodities have resulted in a bumper crop for the country’s Almond growers.

Australia’s almond yield is expected to exceed 100,000 tonnes for the first time, coinciding with favourable trade conditions and strong demand from export partners.

China has responded to Trumps trade war by imposing 50% tariffs on Californian almonds and the China-Australia Free Trade Agreement has removed tariffs on Australian nuts.

Figures released by the Almond Board of Australia show total almond exports have reaches a record 60,895 tonnes (kernel weight equivalent), a 12% increase on the previous year.

This was largely the result of a significant increase in exports to China which rose from 600 tonnes (KWE) in 2017/2018 to 11,680 in 2019. Vietnam, Thailand, Indonesia and Japan also increased their orders, with India still the largest buyer of Australian almonds, purchasing 15,155 tonnes (KWE).

Australian almonds are exported as both in shell and hulled products, with India buying the bulk of the unshelled almonds. Almond harvest ended in April this year, with hulling expected to be completed by June this year.

The original forecast expected a crop of around 93,000 tonnes, beating the existing record of 82,000 tonnes. Ross Skinner, CEO of the Almond Board of Australia, said the bumper crop is a result of excellent growing conditions and an increase in the number of almond plantings.

“The previous four seasons the crops have plateaued at just over 80,000 tonnes mainly due to hail, frost and wind whereas this season there was very little impact of adverse weather conditions on the crop,” he said.

“It’s really the first time in a number of years that it’s reached its true potential.

“Shaking is complete and it’s been an excellent harvest with ideal weather conditions – hot and dry. Prices are strong but they have come back from the highs of a few years ago.”

Skinner said that Australian growers have the chance to capitalise on a good growing year thanks to favourable prices and strong overseas demand.

“We had been showing increased interest from the Chinese trade following the Free Trade Agreement, which reduced tariffs in a phased manner down to zero from January 1, 2019, but the real push along has come from the 50 per cent tariff that was placed on Californian almonds,” he said.

“Whether that continues when and if the tariffs are removed from the US product but it’s certainly given us an opportunity to establish our product in that market and for the nut trade to see the quality of Australian almonds.

“There’s already been strong pre-sales of this year’s crop.”

Strong demand and an increase in the number of plantings lead to a bumper global almond crop in the 2017/2018 season, with 1.3 million tonnes.

Recent investment in the domestic industry has seen the land under almond production grow to 45,000 hectares with a value of $750 million.

It is expected that the total almond orchard area will grow with 50,000 hectares in the next few years. As recent plantings mature, the estimated annual yield is likely to be in the vicinity of 150,000 tonnes, with 98% of almonds grown in the Murray Darling Basin region.