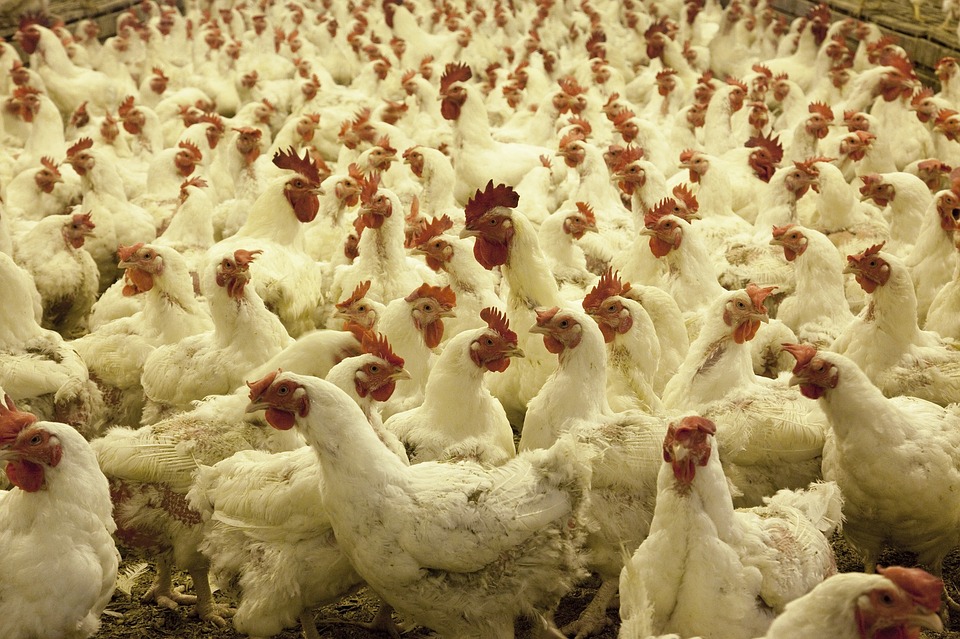 Posted at 14:06h in Enews by devadmin 0 Comments

Image: Animal welfare activists captured the footage at the Star Poultry Supply abattoir in Melbourne. Photo by Skeeze from Pixabay, under a Creative Commons 2.0 License.

The poultry industry is the latest to be accused of serious breaches in animal welfare standards after video footage emerged of live chickens being submerged in boiling water.

The footage, which was obtained by ABC’s 7.30 program, shows hens being boiled alive at the Star Poultry Supply slaughterhouse in Melbourne.

It is believed that the abattoir slaughters the hens at 18 months after they are retired from laying eggs. According to industry regulations, chickens should be stunned and then killed immediately with a slit to the throat, before being plunged into boiling water to remove their feathers. But the footage clearly shows the chickens are conscious prior to being submerged in the water.

In March this year, the footage was handed PrimeSafe – the Victorian abattoir regulator, who investigated the matter and subjected the abattoir to ‘enforcement action and increased regulatory oversight until improvements in animal handling, including back-up slaughter, were implemented,’ according to a statement released by PrimeSafe.

The matter was then referred to Agriculture Victoria, but the department declined to launch an official investigation of the matter.

A statement from the department said ‘Agriculture Victoria was satisfied that the remedial action being taken by the company, at the direction of PrimeSafe, and some staff changes would help manage the instances of poor practices demonstrated on the footage.’

Poultry Consultant Greg Mills explains that the outcome is balanced in terms of animal welfare and industry needs.

‘If the animal welfare concerns stem from a process issue within the abattoir, you can fix that rather quickly. The best welfare outcome is to have the facility running and running well,’ he said.

Mr Mills explained that shutting down the facility – as a short-term or permanent options, would risk transferring animal welfare concerns to other parts of the supply chain.

‘There aren’t a lot of similar facilities, so you risk putting slaughtering back on farms which could create other issues’.