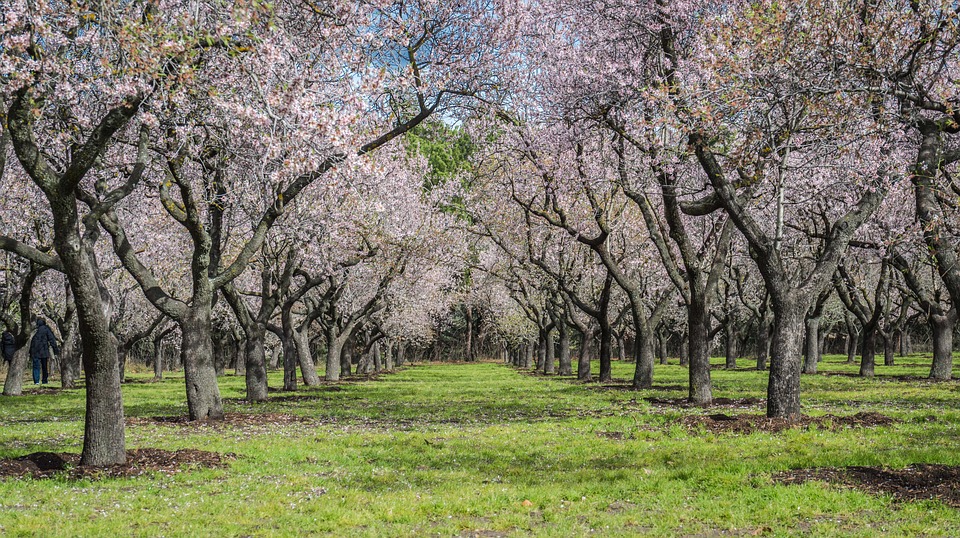 Posted at 13:51h in Enews by devadmin 0 Comments

Griffith growers the Dinicolas family have recently converted their mixed farming business to focus purely on almonds, without any regrets.

‘With the health-trend boom, nuts became the pick of the horti crops,’ he said. ‘Of all the nuts, almonds offered the fastest return on investment’.

As a way to dip his toe in the water, Denis started by planting 30ha of almonds, joining grower co-operative AlmondCo in 2002. In 2004, he began planting more trees, selling two of his three rice farms to fund the expansion.

‘We kept the rice farms while we were developing to help with investment and pay the bills’.

The family now has 485ha of almond trees, trading under the name Mandole Almond Orchard.

75% of Australia’s almond properties are 100ha or less, so the Dinicolas’ enterprise is considered to be large by industry standards. 243ha of the property is in full production, with the remaining plantings due to be in full production by 2022.

The current stock of almond trees are self-pollinating varieties, chosen to eliminate the need for beekeeping services, which are becoming harder to source. The trees start producing nuts after three years and are in full production mode within eight to 10 years from planting.

Currently, the Dinicolas’ property produces around 700 tonnes a year. With the expansion, it is predicted that they will double production by 2022, with 88,000 nut-bearing trees.

‘We had budgeted on lower returns than we ended up getting, so the higher returns made the whole transition easier.’

The family’s remaining rice farm is likely to be turned into a certified organic almond orchard over a five-year period.

‘Organic production is a lot harder and requires different practices and challenges. We started looking at organics over the past 12 months because we can see a popular demand.’

‘It will be another challenge but as farmers it’s these challenges that interest us.’

The transition to almonds has been made easier by AlmondCo’s new hulling and shelling facility at Griffith. Until now, almonds have been sent to Renmark in South Australia for processing, so the new facility offers significant savings in transport.

Additionally, the Dinicolas’ have built on-farm storage to allow greater flexibility in when their crops need to be transported.

Denis’ son Dean currently runs the enterprise and was named the 2011 Young Almond Grower of the Year, using a $10,000 bursary to experience almond growing first hand in California – the world’s largest almond producer.

‘We would love to be the almond specialists,’ said Dean. ‘It’s the right nut for this area, it grows well and the climate is right. It’s a great industry to be involved in and we’re really excited about the future.’