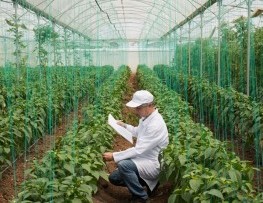 Over the years, the 457-visa program has not been short of its problems and now the Turnbull government is taking action by replacing it with a Temporary Skill Shortage Visa program. In the new program, there are two different offerings with short-term and medium-term lasting for two and four years respectively. Furthermore, labour market testing will include a two-year work experience requirement, a non-discriminatory test, and a market salary rate assessment.

According to a report back in June 2016, there were around 95,000 holders of the 457 visa and within the Australian labour market, this comes to less than 1% of workers. For those looking to gain a visa for entry, the new visa could be seen as bad news since there are now fewer occupations listed. For the two-year option, there are 268 whilst the four-year visa offers 167 occupations; around 215 fewer than previously. Additionally, a criminal check will be necessary along with English language requirements. Although the initial changes have been implemented already, the full change is expected in 2018.

Whenever a big change like this comes around, it is important to look at the impact and we should perhaps start by saying that the performance of the labour market works in tangent with the visa program; ultimately, employers actually generate visas. With the new policy, the number of temporary skilled migrants is likely to reduce. Since some occupations have been removed, employers will have a smaller pool of talented workers from which to choose.

Of course, migrants need to be sponsored by employers which drive up 457 visas but the opposite effect can also occur. In the last three years (to June 2016), the amount of visa holders has fallen by more than 10% to 95,000. In truth, this could be set to continue with fewer occupations available and the information technology industry is set to be hit hardest from the change considering they are the largest sponsors. After this, others will be hindered including food services, professional, technical, and scientific services, as well as accommodation services.

Between 2015 and 2016, over 50,000 people were granted a permanent visa from a 457 visa and we are currently unsure what this change will do for permanent visas.

At the same time as removing the 457 visa, the government also introduced a training fund and this is likely to help the unemployed get back into work. Despite this being a good start, we could question whether this will really be enough? In recent years, Australian businesses have chosen skilled-migrants rather than training homegrown employees and this mindset needs to be tackled head-on.

Although we can’t make a judgement and be completely sure, we can say that the two new visas will rely on the same employer-conducted testing. Sadly, the red tape is being increased for good employees so resistance is likely!