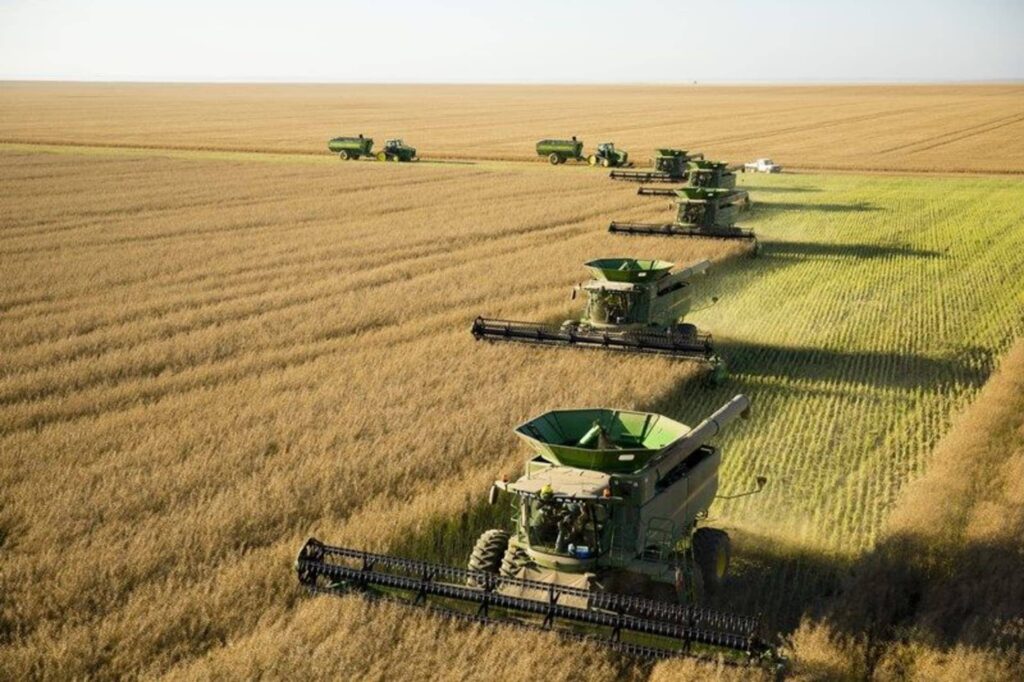 The sale of a cropping property in Western Australia has likely broken state records after the 22,000 hectare holding was sold for a staggering $97 million.

Erregulla Plains, near Mingenew in the state’s Mid West Region, was bought by Daybreak Cropping, a subsidiary of Warakirri Asset Management.

The addition of the property was a welcome to Daybreak’s current portfolio, which includes 75,000 hectares across Queensland, New South Wales, Victoria and Western Australia.

“Its scale, efficiencies, stage of development and proximity to the port of Geraldton make it a highly attractive asset,” said Daybreak Chief Executive Will Heath.

“In addition, it is our first asset in the northern Wheatbelt of WA, and therefore provides important diversification benefits for the business.”

“We look forward to continuing the responsible stewardship of the asset and contributing positively to the Mingenew community.”

The property had been owned by Stuart and Cherie Smart and had been in the Smart family for three generations. Mr Smart’s father Peter and grandfather Sir Eric Smart, were well regarded in WA cropping circles as agricultural innovators.

The Mingenew property, which comprises 22,191 hectares was known for its fertile soils, solid yield potential and reliable rainfall. A significant feature of the property is its neat layout with conjoined paddocks and just one boundary.

Erregulla Plains has an impressive homestead, extensive shedding and on-farm grain storage, dams as well as an established network of internal roadways.

The property was put on the market in August 2019, quickly attracting attention from both domestic and international institutional investors.

CBRE’s Agribusiness Regional Director Danny Thomas said he wasn’t surprised about interest in the property or the eventual price tag.

“[Eurregulla Plains] is of significant scale and very efficient,” he said.

“It was well marketed, and Ray White, acting for the vendor, were able to bring the obvious buyer into the deal at a very high price, in my view.”

Mr Thomas said that strong interest in WA cropping land by corporate and foreign investors was continuing to grow, with interest from buyers in North America, Europe, the Middle East and Asia.

“Any vendor seeking to test the market for a substantial-sized portfolio will be rewarded in the current market.”

“[The sale of Erregulla Plains] compares favourably with the divestment of the Nicoletti portfolio and other large deals done on deferred settlement terms in Esperance.”

The Baladjie aggregation included farms across Western Australia’s eastern wheatbelt including 76,000 of freehold land and 134,000 hectares of leasehold land, a flock of 40,000 merino ewes, plus rams and lambs.

Mr Nicoletti’s holdings were sold as a whole to SALIC – the Kingdom of Saudi Public Investment Fund. The sale was subject to scrutiny by the Foreign Investment Review Board which has the power to scrutinise the sale of farmland to foreign buyers when the price tag exceeds $15 million.

Mr Nicoletti sold the farming business to concentrate on his network of John Deere Dealerships.