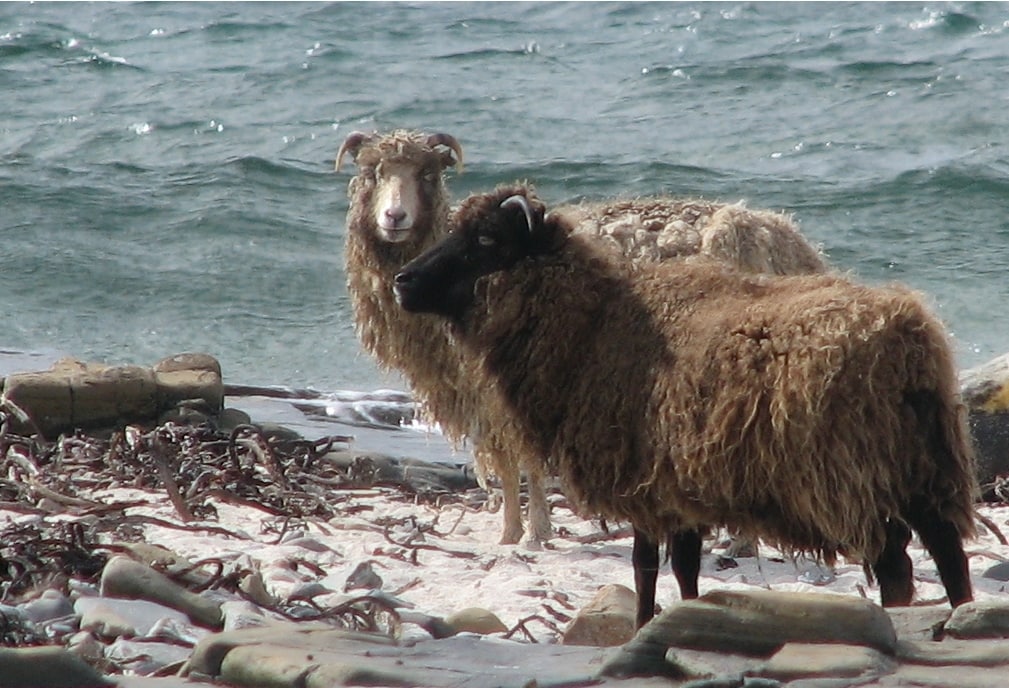 Posted at 17:04h in Enews by devadmin 0 Comments

Welcome to North Ronaldsay, a remote 690-hectare island off the Scottish coast – home to just 50 people and a flock of 2,000 seaweed-eating sheep.

It’s this mob of burping ruminants that might offer the global industry an insight into how to reduce the methane emissions associated with raising sheep.

Studies from both the United States and Australia have shown that the presence of seaweed in a sheep’s diet significantly reduces the amount of methane and carbon dioxide expelled through burping. As methane is a serious contributor to greenhouse gas emissions (almost 30 times more powerful than carbon dioxide), this theory offers an insight into how seaweed could be used to mitigate the sector’s footprint.

Armed with this knowledge, David Beattie – a researcher from the Scottish mainland – is working on a project to develop a feed pellet that incorporates seaweed.

“You’d be amazed how picky animals are about their food. We have to put molasses into the mix to get the animals to eat it – otherwise they just pick out the bits they like and leave the rest. So, it’s quite a task to introduce seaweed into the feed and to make sure it’s still protein-rich and of top quality,” he said.

“A large proportion of the ingredients we put into animal feeds in the UK at the moment are sourced from across the world, like oil seed from South America. This clearly has negative implications for the environment both in terms of farming methods to harvest that crop but also in terms of transportation. If we could identify a seaweed variant that could substitute oil seed, it would have a huge environmental benefit.”

A revival in the use of seaweed could also benefit the sustainability of islands like North Ronaldsay, which has seen a significant decline in its population from 500. Until the 20th century, the island was home to a buoyant seaweed business, supplying companies producing iodine and other chemicals.

In 1832, local residents built a drystane dyke – a two-metre high stone wall – around the outskirts of the island and sheep were confined to graze outside the boundary. With no other alternatives, the sheep were forced to survive on a diet of brown kelp, evolving to adapt to surviving on seaweed as their main source of food.

It is thought that the particular breed is descended from the Northern European short-tailed sheep, possibly with some genetics from Scandanavian breeds introduced between the 9th and 15th centuries when the islands were under Norse control.

The sheep are raised for meat consumption with a distinctive darker meat and gamey flavour attributed to the high amount of dietary iodine. Purebred North Romaldsay lamb is considered a delicacy and can be marketed as Orkney Lamb.

It is highly sought after throughout the UK and North Romaldsay mutton was served to the Queen at her Diamond Jubilee dinner.