Drawing a Line in the Wine: China Launches Anti-Dumping Probe into Australian Wine 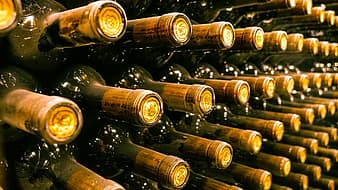 Posted at 14:19h in Uncategorised by devadmin 0 Comments

The Australian wine grape industry is the latest agricultural sector to be in the firing line after the Chinese government announced a new anti-dumping investigation.

The news comes after China imposed a prohibitive tariff on Australian barley in May this year while concurrently suspending imports of meat from four abattoirs.

The move is seen as being an act of aggression by China, angered by Australia’s involvement in calling for an enquiry into the origin of Corona virus.

As Australia’s most significant trading partner, ongoing embargos have the ability to hit Australia where it hurts the most. One in three export dollars comes from China, and 52 million Chinese wine drinkers collectively spend $1.2 billion a year on Australian wine. Around 62% of Australian wine is exported to China, presenting a potentially hefty glut if the enquiry finds Australia in the wrong.

In addition to China’s thirst for Australian wine, recent growth in export value has come from the sale of premium wine – a product segment favoured by Chinese consumers. Despite China’s rank as the most valuable buyer of wine, the Asian superpower ranks third behind the UK and US in terms of the volume of wine purchased (14.2 million 9 litre cases in FY 2019-2020). Sales of wine valued between $40 and $100 per litre increased by a staggering 59% in the 2019-2010 financial year. Wines in the $100-$200 and $200+ per litre range also enjoyed strong growth (35% and 22% respectively) while all price segments below $15 per litre shrank.

If trade restrictions are placed on Australia, the wine industry could target other growth markets to help stem the damage. Europe and South East Asia both performed well in the last financial year with Singapore increasing its consumption by 13% to $98 million and sales to the UK increased by 3% to $383 million. While there are certainly opportunities to increase sales to alternative trading partners, sales of wine to the US, UK, Canada and Singapore would have to double in order to completely mitigate losing the Chinese market.

News of an impending restriction in trade is a blow for the Australian wine industry which has had a mixed year. Wine Australia announced that the average value of Australian wine exports has grown to $3.89 per litre free on board, the highest level since 2004-2005. That takes into account the impact COVID-19 had on both demand and the availability of distribution channels.

“The advent of COVID-19 pandemic has resulting in unprecedented disruption to wine markets around the world with the closure of restaurants, cafes and bars,” said Andreas Clark, the Chief Executive Officer of Wine Australia.

Despite favourable export figures, this year’s national wine crush was the smallest since 2007 with Australian wine makers crushing 1.52 million tonnes, the equivalent of one billion litres of wine. The 2020 vintage is 13% lower than the 10-year average of 1.75 million tonnes, supressed by frost, drought and bushfires which have had a significant toll on Australia’s smaller wine makers.

Janice McDonald – head winemaker at Howard Park Wines in Western Australia – said that weakened yields were likely to put a financial strain on many small-scale producers around Australia.

“Ultimately if your yields are much lower it means your fruit is costing you more, which means your wine is costing more. We can’t just put our wine prices up to compensate so it becomes really difficult and that is probably the most challenging thing in a year where the yields are very low.”