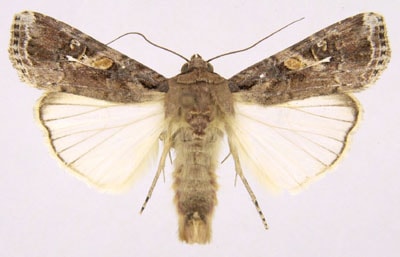 Farmers in Queensland, New South Wales, the Northern Territory and Western Australia are being warned to monitor crops as the fall armyworm has been spotted in new locations across the continent.

Fall armyworm – an exotic pest with a ravenous appetite for many species of summer crops and pastures – was first identified on Australian shores after being spotted near the Torres Straight at the beginning of 2020. In May this year, it was reported that the fall armyworm had been detected in Bundaberg, Queensland.

Since then, populations have migrated south and south west, with positive identifications made in Kununurra (Western Australia) and into New South Wales. The NSW Department of Primary Industries has set up a network of 45 detection stations across northern New South Wales, using pheromones to attract the male of the species.

A native of the American subcontinent, populations of the fall armyworm have exploded over the last few years, migrating to African and South East Asia, having a devastating effect on crops. It’s estimated that the fall armyworm is responsible for reducing maize yields in 12 African countries by as much as 17.7 million tonnes annually – the equivalent of 40% of Africa’s annual maize yield, valued at USD $4.6 billion.

While the national and international losses are significant, many of the continent’s smallholder farmers are pushed further towards poverty and hunger with the decimation of their annual crop.

In 2019, up to 50% of the maize yield in Asia was affected by fall armyworm in 2019, across 40,000 hectares of land. While maize farmers have been severely impacted, the fall armyworm is known to eat up to 350 different plant species including pastures, grasses, sorghum, rice, ginger and sugar.

As a tropical insect, the fall armyworm is highly active in warm climates. Except for a few small pockets in northern New South Wales, Australian winter temperatures will all but eradicate the pest. Until then, it poses a significant risk to the productivity of sectors at risk of contamination.

In warm weather fall armyworm is an exceptionally robust pest, capable of reproducing rapidly and travelling long distances. Fall armyworm uses prevailing winds to travel up to 100 kilometres overnight and can also be spread by humans on infected plant material.

Talking to AgriFutures Australia, Mark Stevens – a Principal Research Scientist with the NSW Department of Primary Industries – said that the pest’s ability to survive make it hard to control.

“It’s disturbing that it has moved so swiftly in Australia in a relatively short timeframe and it’s appearance in inland NSW so early during spring is a particular cause for concern. Fall armyworm cannot survive low winter temperatures, so these moths must have rapidly moved south from Queensland, or from another area with relatively mild winter conditions.”