Hands Off: Technology Offers Hope in the Age Old Battle of Agricultural Theft 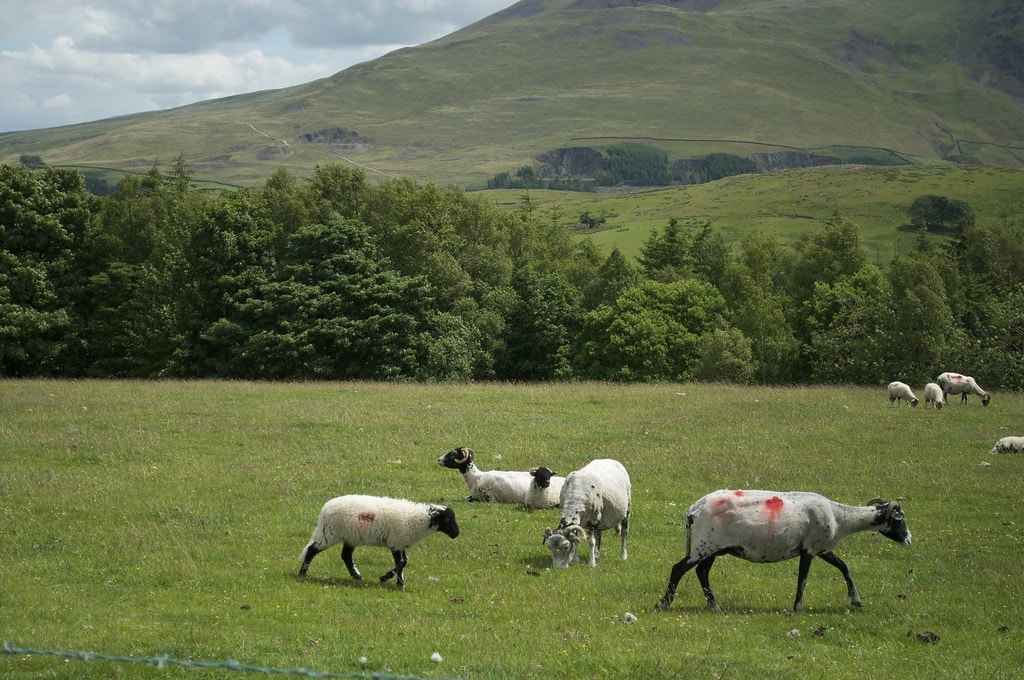 Posted at 14:13h in Enews by devadmin 0 Comments

Scottish farmers have turned to technology to help in the fight against stock theft which costs the local industry upwards of $360,000 per year.

A new type of paint which is specifically coded to an individual farm, is now available for farmers to apply to the fleece and skin of sheep, allowing them to be traced back to the original owner in cases where theft is suspected.

Unlike ear tags and traditional paint markings, the new paint, which contains uniquely coded microdots, is much harder for criminals to hide.

“It’s an overt and a covert means of marking them, security marking them, so it’s easy for us to identify them when we recover them,” Said PC Willie Johnston from Police Scotland’s Rural Crime Unit.

The unit is also recommending the use of a new electronic identification unit (EID) which can be swallowed by stock, remaining in rumen permanently.

“You’re always going to get a hit on the real identity because it’s lying inside the animal.”

It is hoped that the use of these newly available technologies will help Scottish farmers to prevent and track stock theft which is causing significant financial strain. The loss of specific bloodlines and genetics can take years for farmers to recoup and often takes a significant emotional toll on farmers.

Blackface and cheviot breeder Hugh Stewart from Upper Kidston near Peebles has been targeted by criminal stock thieves several times over the past few years, with losses totalling 1,300 head.

“It started about eight years ago, I lost quite a few then. It would be the last three years out of four, we’ve lost about two hundred each year,” said Mr Stewart.

“We’ve been breeding stock up here 40 or 50 years and all the best sheep are disappearing, so it’s really your [life’s] work gone down the drain isn’t it?”

“We’ve made losses every year for about the last five years.”

A less subtle approach to crime prevention is taken in the foothills of Mount Etna in Sicily, where the theft of pistachios requires significant planning by the local police force.

Local police captain Nicolo Morandi announced that extra resources for the upcoming harvest season including additional officers to undertake 24-hour-a-day patrols and use of the police helicopter if required.

“We will operate a number of precautionary operations,” said Captain Morandi.

The verde di Bronte pistachio is the most expensive variety in the world, but accounts for just 1% of global crop production. In 2009, more than 300kg of pistachios were stolen at a value of $7,500.

Last month, German thieves stole a fields worth of strawberries from a farm south of Frankfurt worth Over $1000. The theft is the latest in a spate of strawberry thefts, a crime that has increased in recent years as the popularity of the berry increases.

Police suspect that the thieves were highly organised, worked systematically and used cars to transport the strawberries.

Another highly organised group of thieves used a grape harvester to pick an entire vineyard of grapes in 2018. The thieves stole 1600 tonnes of Riesling, valued at $1,300 from the outskirts of Deidersheim in southern Germany.

Most concerning was the brazen nature of the theft, which occurred from a vineyard located directly next to the car park of a supermarket.

All values quoted are in Australian Dollars (AUD).