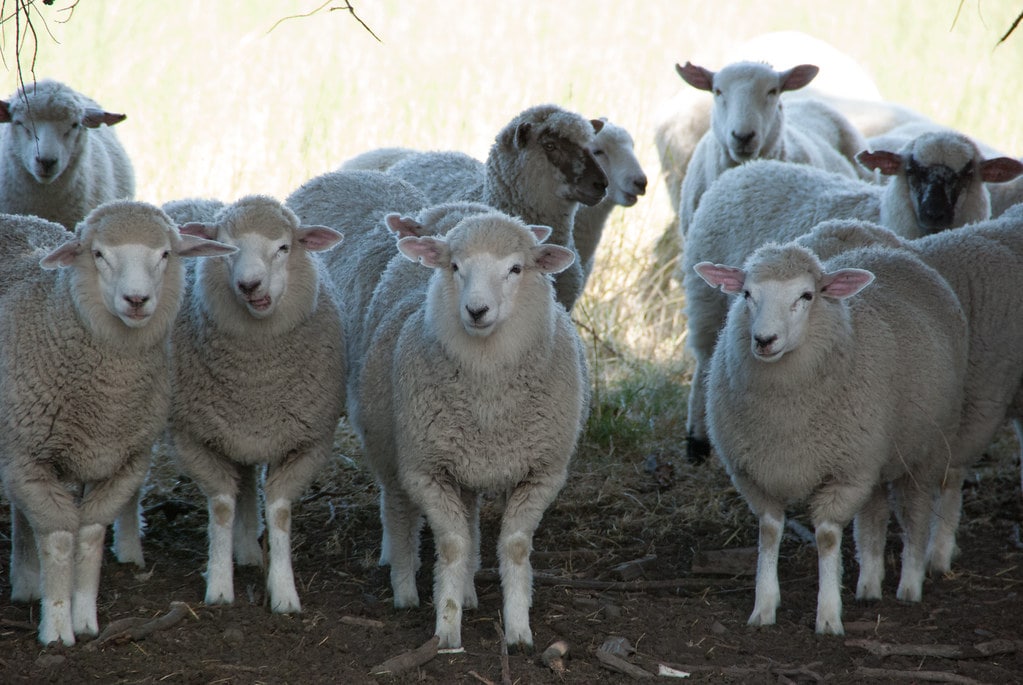 A pair of Western Australian farmers have developed an innovative new system to produce wagyu-like qualities in sheep meat, providing the market with an exciting new protein product.

Deon Moss and Suzannah Moss-Wight have spent the past three years refining their approach, which diverts food destined for landfill into a sheep feed capable of producing marbled meat similar to wagyu beef.

Diet is the key component of the Moss’ system which uses discarded carrots, olive oil, grain, hay and waste from juiced carrots and olives as the primary feed source, producing rapid weight gains in lamb, and the associated marbling of meat. Recent tests have revealed marbling scores of 37%, the equivalent of the second grade of Wagyu beef, along with good levels of desirable oleic acids and good feedback about the meat’s flavour profile.

“For the last couple of weeks of gestation when they are in vitro, they are going to be getting the olive leaf which is dropping off for harvest and that’s really high in oleic acid,” said Ms Moss-Wright.

“The oleic acid will similarly be in the milk during those first six weeks of the life of the lamb.”

“At the moment we’ve got 700 times the oleic acid levels you would normally have in meat, and we can make that even better through the full life cycle of the lamb.”

“That is going to add a significant improvement to the meat quality above where we already are, and it’s also utilising the waste that is falling on the ground and is otherwise not being used.”

The Moss family have taken a highly analytical approach to developing the system, including a focus on record keeping to determine which sheep breeds are best suited to marbling.

“I’ve leant heavily on my science background and the experimentation because in many ways this is a big experiment, right from the outset, not knowing what the sheep would like to eat [and] if they would eat the ration,” said Mr Moss.

“I guess that rigour of keeping records [and] of analysing data has really played into what we do on a daily basis.”

While they are currently running a mixture of sheep breeds, by matching on-farm data with carcase weights and DNA profiles, they hope to be able to refine the use of genetics to pick the best flocks.

“We’ll get a big database and then I think we’ll start to really crack if there is, in fact, a genetic propensity to marble in sheep that would improve the meat even further,” said Ms Moss-Wright.

A large component of the feed mix formulated to produce marbling qualities in lamb comes from food destined for land fill.

The Sumich Group, one of Australia’s biggest horticultural exporters, is a partner in the trial and has the capacity to contribute up to 20,000 rejected carrots per year. Between 5 and 50% of their carrot crop is graded undesirable for human consumption due to sizing, shape and blemish issues.

The ability to turn the crop into a viable livestock feed source represents a significant opportunity to divert carrots from landfill.