Prices Up, Production Down: Rabobank Predicts a ‘Challenging’ Year for Australian Agribusiness 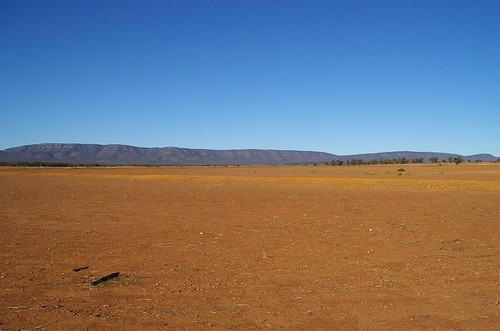 18 Feb Prices Up, Production Down: Rabobank Predicts a ‘Challenging’ Year for Australian Agribusiness

Posted at 15:31h in Enews by devadmin 0 Comments

Australia’s Agriculture industry should expect an “extremely challenging” year in 2020, amid drought, bushfires and the complexities of a global market, according to the Agribusiness Outlook 2020 report released by Rabobank.

Despite the industry’s reputation for resilience, the bank warned that the effects of drought and bushfire will take more than one season to recover from, encouraging farmers to take a “multi-year rebuild” approach.

The report’s author, Rabobank’s Head of Food & Agriculture Research Tim Hunt, said that the ongoing drought was still a significant factor for many agricultural regions.

“2019 was marred by drought, fire and flood. It was the driest year on record, compounding the drought already being experienced by the eastern states in the years prior,” he said.

“And, while recent rainfall across drought-affected regions has brought some optimism, farmers will need continued rain to replenish soil moisture and break the drought.”

“Low soil moisture and feed shortages are widespread, while key water storages in the southern Murray Darling Basin are at the lowest levels in a decade.”

While the impacts of the drought and bushfires have caused a contraction in production for many sectors, higher commodity prices have helped to offset losses.

In addition to the contraction in supply, solid demand from overseas trading partners and a weak Australian dollar have also assisted in the rise in farm gate prices. However, despite the increase in commodity prices, the 2019/20 season will be the third consecutive year that farm revenues contract.

Information from the Bureau of Meteorology suggests a quick rebound is not on the cards in the foreseeable future.

“Given the low level of soil moisture, farmers will likely need more-than-average rainfall to get an average winter crop, and current Bureau of Meteorology forecasts suggest there is a less-than-even chance of average rainfall over the next three months,” said Mr Hunt.

Likewise, the Chinese pig herd which has seen a 25% cull in the wake of African Swine Fever – will take years to rebuild, providing a trading advantage to the Australian livestock sector.

“For the animal protein sector, Chinese imports will remain at elevated levels in the wake of China’s culling of livestock in response to African Swine Fever, with the rebuilding of their pig population to take several years,” Mr Hunt said, “while global markets for wool and dairy remain firm and the local market basis (wheat price) will be sustained by constrained domestic grain production.”

Mr Hunt warned that Australia’s ability to tackle the effects of climate change would be a significant indicator in its future performance and resilience.

There are a number of factors mounting to indicate 2020 is going to see a significant transition in the world’s tackling of climate change, which will create opportunities as well as threats for agriculture. It will be important for the Australian sector to rebuild out of drought to be strong and adaptable so it can capitalise on these opportunities and mitigate the threats that lie ahead.

Additional factors at play include tensions with China, especially in the wake of the anti-dumping investigation into Australian barley due by June 2020. Trump’s Phase 1 trade deal with China, the US election and post-Brexit Europe are all issues that will potentially have an impact upon global markets, but whether they pose an opportunity for Australia remains to be seen.