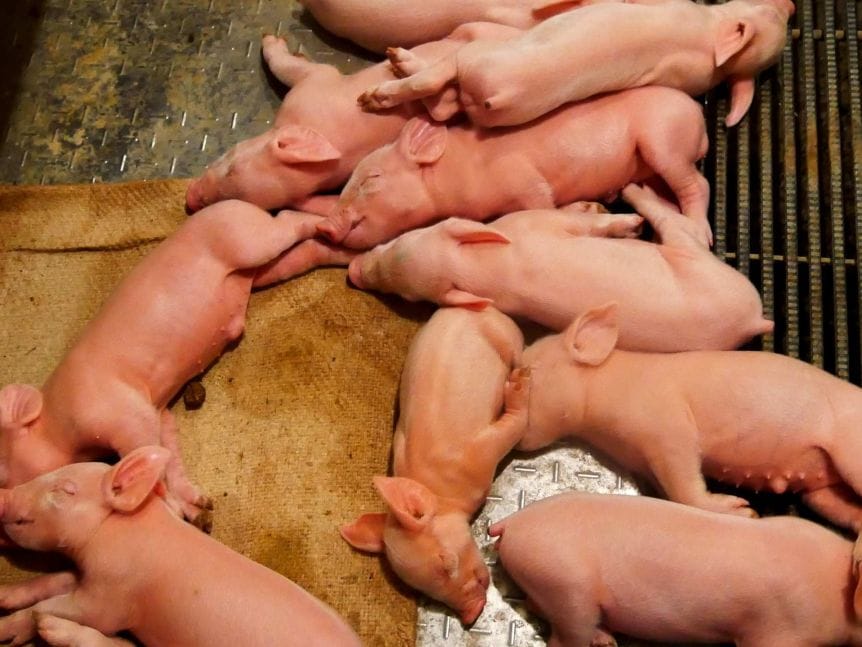 Smart Farts: How One Farmer’s Quest for Carbon Neutrality is Burping Dividends

For Queensland pig farmer Laurie Brosnan, improving the carbon footprint of his farm has not only alleviated a significant waste issue, but has reduced his electricity bill by $600,000 per year.

Mr Brosnan installed an on-site biogas plant that turns pig effluent and cattle paunch into methane, which is then used to power the farm.

The system generates enough electricity to power 30 farm buildings, the property’s irrigation system and return 80kW of power to the grid, reducing his electricity costs from $50,000 per month to $130.

For every kilowatt of electricity produced, the system also generates a kilowatt of heat, which is used to keep piglets warm, saving another $2000 per month.

“We’ve replaced our LPG gas heaters. We have heat exchanges and we are using that hot water to keep piglets warm,” said Mr Brosnan.

BettaPork, which runs 16,000 pigs, produces 280,000 litres of pig effluent per day, which is then mixed with 22 tonnes of cattle paunch – the stomach contents from cattle carcases – supplied by a local meatworks.

The effluent and paunch are mixed in tanks on farm and then treated by an anaerobic digester which breaks the waste down to produce methane.

“The bacteria basically farts and creates the gas that goes into the engines, and the engines power the whole site.”

Mr Brosnan was initially driven to install the system as a way to improve the carbon footprint of his operation.

“I’m not going to say we are [carbon] neutral but we are doing our darndest to do the right thing for the environmental for future generations.”

“It just so happens that a plus is the cost advantages too.”

The use of biogas technologies will be trialled in New South Wales where a cluster of dairy farmers have partnered with energy company Innovating Energy.

Eighteen dairy farmers around Nowra on the state’s south coast have mobilised to create a shared biogas plant. Manure from each farm will be collected and used to generate methane and then electricity.

The electricity will be shared between the group’s farmers with the balance sold to retail customers.

In addition, the by product of the biogas process is a nutrient-rich loam which can be used as a fertiliser.

“Using manure from the dairies to run the biogas plant will not only provide clean renewable energy, but once fully operational it will address the challenges of manure storage over the year,” said Ian Zandstra, a dairy farmer involved in the project.

“It will allow a timely spreading of nutrient rich organic fertiliser on the farms from the biogas process, which is great news for the local environment.”

Tim Cochrane, another member of the trial group, said that there were a range of benefits to be realised by the new system.

“The plant will provide significant cost benefits and energy savings for dairying in the area and greatly assist in dealing with manure clean-up.”

“Rising energy costs are a major consideration in operating dairy farms, particularly the costs associated with keeping milk at the required temperature prior to pick up by the processors,” they said.