Time to Get Real: Former US Secretary of State Addresses Melbourne AgriFoods Conference 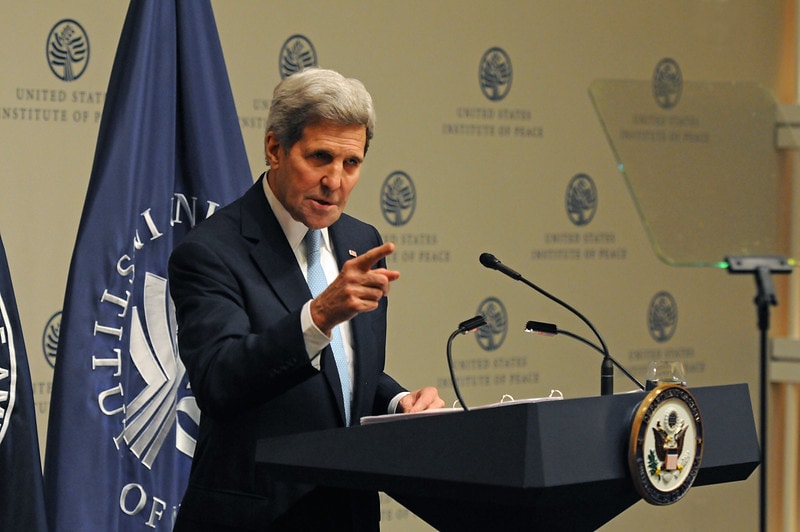 Posted at 13:21h in Enews by devadmin 0 Comments

Improving agriculture and logistics, tackling climate change and reviewing global population growth should be top of the agenda for world leaders, according to former US Secretary of State, John Kerry.

Speaking at the Global Trade Agrifood conference in Melbourne earlier this month, Mr Kerry said that more needs to be done to address global poverty and starvation, with 1 in 9 people suffering from hunger daily and 8,000 child deaths per day attributed to a lack of basic nutrition.

With a third of food wasted, Mr Kerry said that industry and governments need to invest more to improve agricultural systems, with particular focus on harvesting and logistics.

“But growing food is only part of the challenge.”

“Think of the resources we could save if we could get smarter about food harvest, storage, distribution. Think of the natural resources we would save – water, land, energy, forests – if food production was more efficient and better controlled,” he said.

Mr Kerry also said it was time for real action on climate change, criticising deniers for holding up progress.

“The naysayers are the same people who brought the tobacco industry to America, and lied to the American people for years. That is what is happening right now with respect to climate change.”

“Paid for, totally unscientific studies that aren’t really studies at all, but efforts to confuse people”.

The Elephant in the Room

Mr Kerry also addressed the elephant in the room – reducing the rate of global population growth.

“It is something that we fail to talk about in public policy, but something we could without breaking any moral codes.”

“In the next 35 years, we are going to go from seven billion people on this planet to nine billion. So we obviously have to produce more food and do it in better ways.”

“We have to increase food production by 60 per cent between now and 2050 just to keep pace with the riding number of mouths to feed.”

Despite being a largely ignored topic of conversation among decision makers, population growth is considered to be one of the main causes of global warming by the UN’s Intergovernmental Panel on Climate Change, and is a main cause of deforestation and the decline of biodiversity in developing countries.

When the SDGs were formed and adopted in 2015, many experts were concerned with the lack of focus on global population growth and its potential to have an exponential impact on achieving goals.

In an article published earlier this month, Frank Gotmark – Head of the Overpopulation Project – wrote that the skyrocketing global population would put a further stretch on already declining resources.

“There are now 7.7 billion people on Earth. The UN forecasts that this figure will rise to 11 billion by 2100. A population of this size would create more pollution, require doubling of global food production under difficult conditions (including climate disruption), and result in more people suffering during conflicts and famines.”

The article, which was co-signed by a host of demographers, environmentalists and population growth experts – asked the UN to consider adding a reduction in population growth as the 18th Sustainable Development Goal at a meeting of UN Leaders in New York earlier this month.