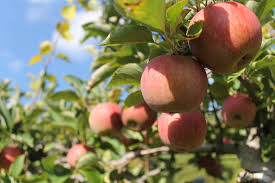 Posted at 14:18h in Uncategorised by devadmin 0 Comments

Issues around the use of visa holders to undertake seasonal work in the horticulture industry have raised their head again after an alliance of unions called on the Federal Government to end the working holidaymaker visa.

The Australian Workers’ Union, the Shop Distributive and Allied Employees’ Association and the Transport Workers’ Union have lodged a joint submission claiming that the visa should be scrapped in order to provide more job opportunities to regional Australians.

The unions also claimed that the backpacker labour sector was rife with exploitation.

According to the Australian Fresh Produce Alliance (AFPA), around 130,000 working holiday maker visa holders are employed in the horticulture industry, although that number is estimated to have fallen by 50,000 since the COVID-19 pandemic forced many to return back to their home countries.

THE AFPA said that without the working holiday maker visa, the Australian economy would experience a $13 billion penalty and fresh fruit and vegetables could rise in price by as much as 60%.

The Australian Workers’ Union (AWU) fought back at the AFPA’s position, saying that Australia’s dependence on overseas labour had been highlighted through the pandemic.

“Farmers need to attract Australians back into the horticulture workforce,” said Daniel Walton, the national secretary of the AWU.

“The concept that Australian don’t want this work is just wrong, it’s offensive. All work is dignified and should be respected.”

The Retail Supply Chain Alliance opposed the position of the unions, calling for a broadening of the rules of seasonal worker visa to include people from Pacific nations.

The alliance also suggested that the seasonal worker visa could also be a pathway to permanent residency and citizenship.

Despite the debate about the use of seasonal worker and holiday visas, the consensus in the horticulture industry is that Australian citizens are unwilling to work in the industry. Many believe that the short-term nature of fruit picking, weather conditions, transport to and from farms and low wages are issues that put Australian workers off.

Citrus Australia CEO Nathan Hancock said that the reluctance of Australian workers to undertake horticultural work was the reason the working holiday and seasonal workers were created.

“Over the last 20 years, various federal governments have worked to create programs like the working holiday visa and the seasonal worker programs because that gap exists,” Mr Hancock said.

“To fill using Australian workers, it just hasn’t been a success in the past.”

“We hope that changes, but I can’t see the future being a rosy one without working holiday-makers.”